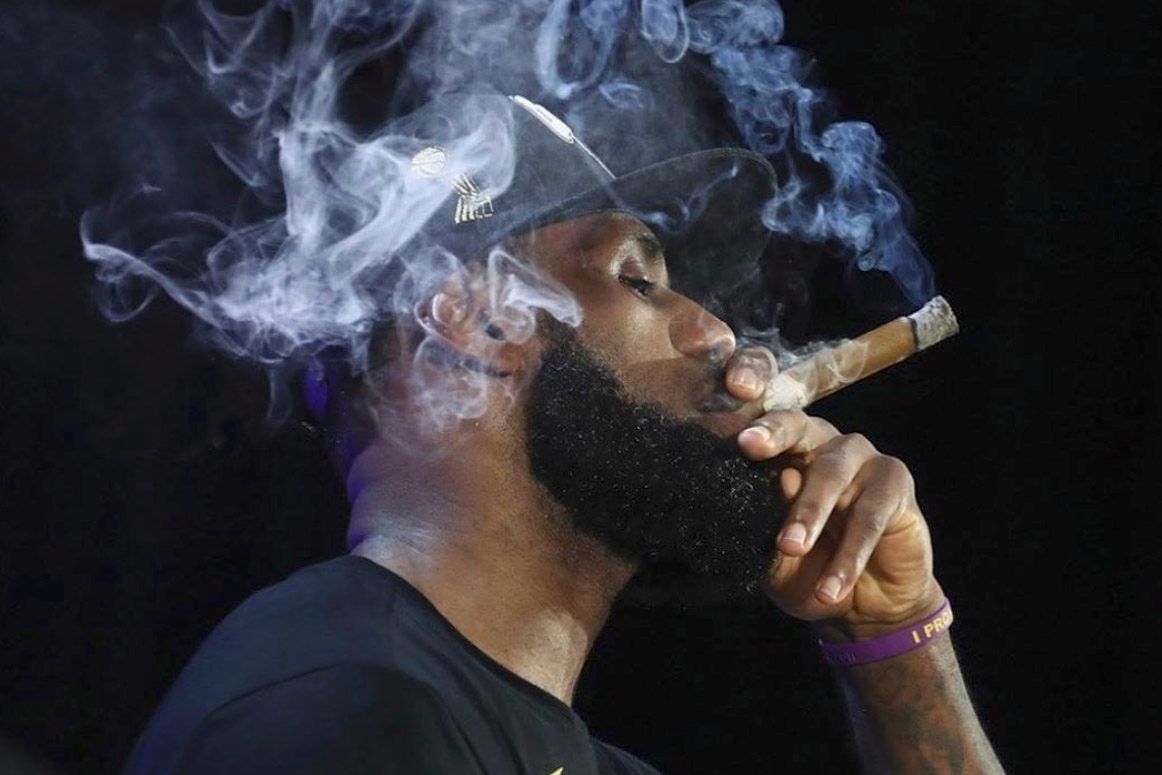 Lebron of the L.A. Lakers Celebrates NBA Championship with Cigars

Ten years since their last NBA championship victory, the Los Angeles Lakers claimed the title yet again with Lebron James at the helm. The Lakers beat the Miami Heat 106–93 last night at the Disney Bubble in Orlando, Florida, leading them to win the seven-game series in six. And what better way to celebrate the team’s 17th championship than with a selection of premium cigars?

Cigars have long been the chosen vice for championship victors. Now with a delectable array of cigars, players like series MVP Lebron James have plenty to choose from. In their celebration of the ultimate trophy in basketball, the Lakers sparked up four different smokes, all made by Drew Estate: Liga Privada No. 9 Corona Viva, Herrera Esteli Habano Toro, Undercrown Shade Gran Toro, and the new Liga Privada Year of the Rat.

It wasn’t Finals MVP Lebron James’ first cigar celebration either. James, who now has four championship rings and four Finals MVP awards to his name, confidently enjoyed a cigar during his post-game press conference and even as he was lying on the floor Facetiming his mom. The team leader put up an impressive 14 rebounds, 10 assists and 28 points in his 41 minutes on the court to close out the series. He was joined by others such as longtime teammate J.R. Smith who sparked up smokes of their own.

The victory comes nearly nine months after Laker legend Kobe Bryant, his daughter and seven others were tragically killed in a helicopter accident outside of Los Angeles. In the wake of this utmost tragedy, the Lakers win was the ultimate tribute to Bryant’s competitiveness and talent that earned him five trophies of his own while playing for the gold-and-purple.

As the G.O.A.T. (greatest of all time) debate continues regarding cigar lover Michael Jordan and Lebron James, it’s James and his teammates who got to celebrate this weekend.