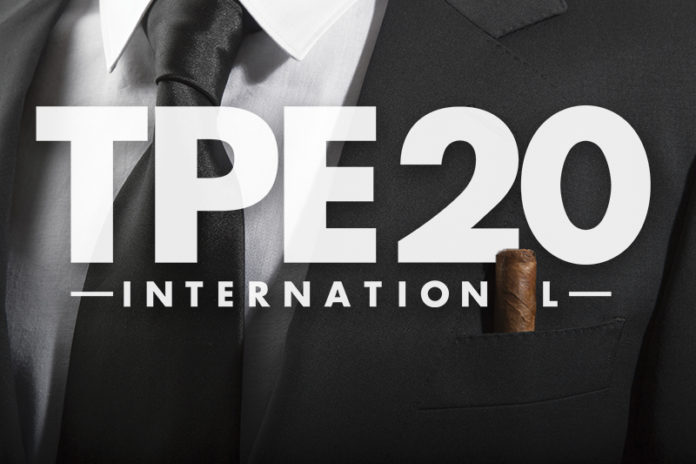 What are your plans for Jan. 29, 2020? That may seem like an odd question, considering it’s several months away, but if you’re part of the tobacco industry in any way, Jan. 29-31, 2020, should be blocked out on your calendar for the 2020 Tobacco Plus Expo (TPE) in Las Vegas. The TPE tradeshow has been in existence for 15 years, and in that time, it has evolved along with the tobacco industry. Where some trade shows are dedicated to just one or two product categories, TPE caters to several, including tobacco, alternative and vapor. For retailers, wholesalers and distributors, TPE offers its attendees the unique opportunity to kick off the new year with new business, new partnerships and new products that consumers around the world will be clamoring to get their hands on.

In the past 15 years, TPE has changed. In the past, the trade show was strictly mass market. As vapor devices and e-cigarettes grew in prominence, TPE adapted and included companies in this category and their products because they offered retailers new opportunities and potential revenue. Today, TPE continues to follow industry trends, now giving cannabidiol (CBD) and hemp manufacturers a place to exhibit and those retailers looking to get in on new product categories a place to learn, experience and purchase these popular products that will help drive traffic and profits well into the year.

TPE 2020 may be months away, but it’s already creating a buzz within the premium tobacco industry. Earlier this year, Villiger Cigars North America announced that it would be changing its marketing strategy this year, opting to direct its trade show resources in the U.S. market toward next year’s TPE show. It was a move that surprised many in the industry but a decision that Villiger Cigars North America president Rene Castaneda says makes perfect sense for his business.

“The customer base attending the TPE is different than the Premium Cigar Association (PCA) show [formerly known as the International Premium Cigar & Pipe Retailers Association (IPCPR) show],” Castaneda explains. “It has, on one side, some of the key buyers of the PCA, but it also has a different segment of the market with a strong buying power. In our case, that new segment is very important for our premium machine-made products. The TPE is more of a tobacco convention, and we feel that the TPE will soon become the InterTabac of the Americas. InterTabac in Dortmund, Germany, is the largest tobacco convention in the world, and we feel that the TPE is making great strides to becoming the go-to convention for all things tobacco.”

For both exhibitors and attendees, TPE’s diverse product lineup is a major draw. On the tobacco side, there are premium cigars, pipe tobacco, cigarettes, smokeless tobacco and RYO/MYO products. For retailers and businesses looking to expand their product offerings, TPE makes it simple to get started because the show features many new products that will generate sales, including CBD, hemp, vapor, glass pipes and business solution software that makes it easier to track and to move inventory.

“The most exciting thing about TPE is that after we saw the huge increase in attendance last year—a 46 percent increase—the new exhibitors see a value in the show,” says Dawn Conger, event operations manager at Tobacco Media Group (TMG), which puts on the TPE each year. We’ve got everyone from Room 101, La Barba and Caldwell to Gran Habano, Espinosa, Perdomo, My Father and Tatuaje. We have a 22 percent increase in exhibitor participation through new exhibitors, and we’re still six months out from the show.”

Conger and the rest of the TMG team have been hard at work this year to make sure that not only the exhibitors but the attendees also have an unforgettable experience. There will be plenty of networking opportunities both on and off of the trade show floor next year, including an opening party for all attendees hosted at the SLS Las Vegas Casino & Hotel that will span three different spaces offering attendees great food, music and entertainment to kick off the 2020 trade show. During the actual show, there will be many new products and big releases on display and different lounges spread out to give attendees the opportunity to network while learning about new products.

TPE is also known for its forward-thinking educational programs that are geared toward retailers but also designed to give manufacturers a glimpse into other product categories they may not be participating in yet. The “Tobacco Retail Rebooted” seminar will be moderated by well-known tobacconist David Garofalo of Two Guys Smoke Shop, and it will also feature Shore Thing Cigars’ Paul Copeland, Anstead’s Tobacco Company’s Wayne Anstead and Amy Tejada from The Lounge Experience podcast. This panel of tobacco retail experts will offer retailers advice on how to market, merchandise and promote their businesses in a way that will increase traffic and store awareness.

TPE will also host the first-ever all-female panel for the “Sisters of Leaf” seminar, which will be moderated by La Familia Robaina social media marketer Erica Arroyo and will also feature up-and-coming cigar blender Indiana Ortez, retailer Rebecca Harvey of Smokers Abbey-Austin, and Drew Estate’s director of premium wholesale, Shawna Williams. This panel of women who smoke cigars and work in the industry will cover how retailers and manufacturers can better market to and communicate with their female customers. There are also educational panels planned that will cater to the different product categories represented on the trade show floor, including “Brave New World: Making the Jump into CBD,” “Cann-Do Attitude: Embracing Cannabis,” and “Waiting to Exhale: Mastering Today’s Vapor and E-Cigarette Market.” TPE 2020’s keynote speaker is sure to have everyone talking, and while specific details are not yet ready for public release, TMG promises that this individual knows how to deliver an unforgettable speech.

“There’s a lot of momentum and buzz going on with TPE,” comments Ellie Hansen, TMG’s trade show director. “It’s finally starting to make that shift toward the premium tobacco category, a change that I’m excited about.”